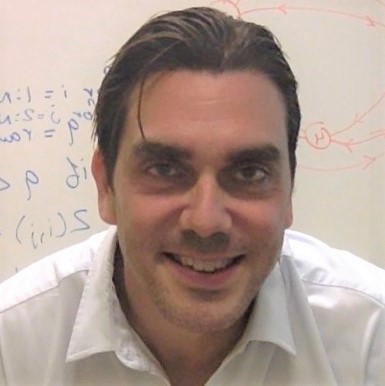 Development of mathematical models, algorithms and software derived from the biological brain for advanced contextual artificial intelligence and computational neuroscience.

Dr. Gabriel A. Silva is a Professor of Bioengineering and Neurosciences at the University of California San Diego. He is the Founding Director of the Center for Engineered Natural Intelligence and a Jacobs Faculty Endowed Scholar in Engineering. He has additional appointments in the Department of NanoEngineering, the BioCircuits Institute, the Neurosciences Graduate Program, Computational Neurobiology Program, and Institute for Neural Computation. He served as Vice Chair of the Department of Bioengineering until the end of 2018. Professor Silva received an Hon.B.Sc. in human physiology and a B.Sc. in biophysics from the University of Toronto, Canada in 1996, followed by an M.Sc. in neuroscience also from the University of Toronto in 1997. He did his Ph.D. in bioengineering and neurophysiology at the University of Illinois at Chicago, graduating in 2001, followed by a postdoctoral fellowship in the Institute for BioNanotechnology and Medicine (IBNAM) and the Department of Neurology at Northwestern University in Chicago from 2001 to 2003. He joined the faculty at the University of California, San Diego in 2003. Prof. Silva has received numerous awards and recognitions for his research and teaching, including the IEEE/EMBS Excellence in Neural Engineering award, Wallace Coulter Foundation Early Career award, Faculty of the Year award for undergraduate education from the Tau Beta Pi Engineering Honors Society, and the YC Fung Young Investigator Award and Medal.